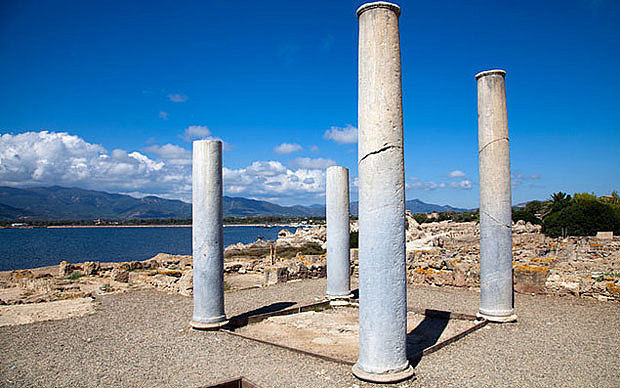 Nora – Chia: the famous sand dunes – deserted and dazzling – are in sharp contrast with the turquoise sea and the deep green of junipers. Here starts the most breathtaking and pristine part of the southern coast. It is possible to cast anchor in Cala Morto and to the west of the Su Giudeu rocks.

Chia – Teulada: just a glance at Cala Cipolla (draught: 4 metres) is enough to see the imposing promontory of Capo Spartivento, which – as the name explains (‘spartivento’ literally means ‘wind-splitting’) – protects the whole area from the winds; the cape slopes down into the wonderful Tuerredda. In front of the wonderful beach surrounded by greenery rises the small island of the same name, separated from the coast by a very shallows isthmus. From Tuerredda you can then smoothly sail to Porto Malfatano and to the new marina in Teulada, in the Gulf of Teulada, fitted with all possible comforts. At evening transfer to an holiday farm nestled in the mountains behind this area, which offers a magnificent view onto the gulf and delicious dinners with typical products and recipes. 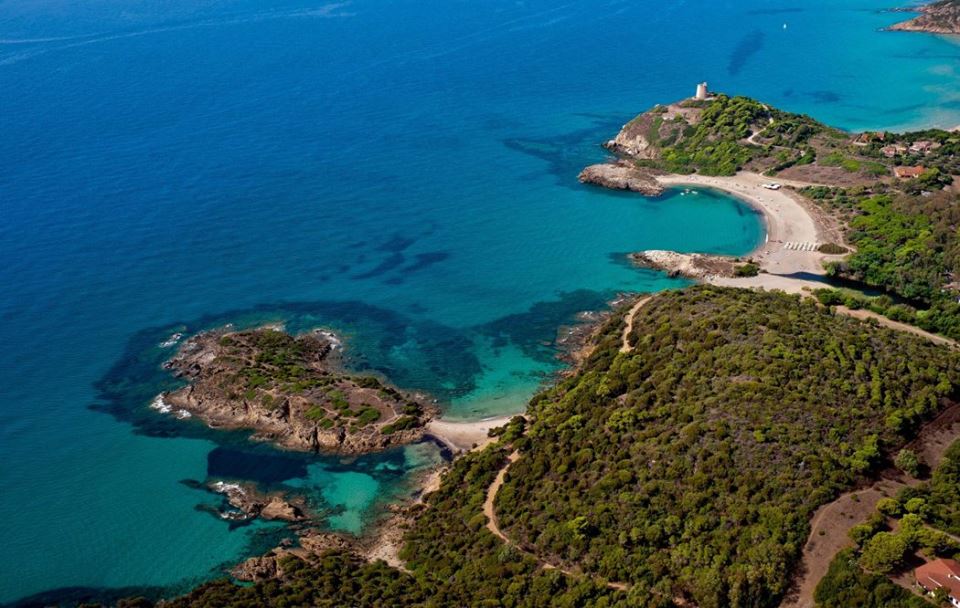 Teulada – Porto Pino: after sailing past Capo Malfatano you will reach Porto Zafferano really looks like a postcard and is the last stage along the southern coast: indeed, after Capo Teulada you are already sailing along Eastern Sardinia. Before sailing on to the smaller islands, it is worth stopping over in Porto Pino, even at night, and enjoy the view of its dunes crowned by Aleppo pine trees.

Porto Pino – Sant’Antioco: although Sant’Antioco is not as well known among tourists as Carloforte, it is undoubtedly worth a visit. After sailing past the Gulf of Palmas, after Capo Sperone (the southernmost point of the island of Sant’Antioco,we’ll  sail north along the eastern coast towards Porto Romano – unless the weather is so good as to tempt you to divert southwards towards the small islands Vacca and Toro for a quick swim. In the opposite direction, on the northern tip of Sant’Antioco, rises the town of Calasetta, with a small equipped marina, we will decide if stop in Sant’Antioco or Calasetta for the night and to enjoy a dinner with the wines of the island. 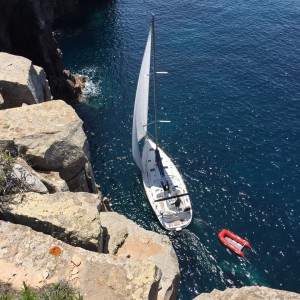 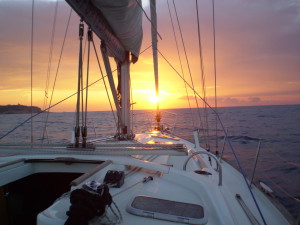 Sant’Antioco – Carloforte: from Sant’Antioco we’ll sail to the island of San Pietro and its only town, Carloforte, in just a few minutes; San Pietro is the  perfect starting point for a wonderful daily cruise around the island where you can also join kayaking or sup for few hours. Spending the night in the marina in a quite corner of the port, you can discover the local gastronomy, a mix of genovese, sardinian and tunisian with the famous red tuna fished in the last tonnara still working in the world.

Carloforte – Buggerru: We will sail towards the eastern coast – rocky, imposing, and boasting a long history. After the long beach of Funtanamare we will reach the cliff of Nebida, where Porto Flavia is snugly nestled: it was the access way to the coal mines that were still active in the early 20th century. Sailing, then, will continue smoothly towards the Pan di Zucchero, a series of cliffs that you can cruise through on a tender while leaving your sailing boat at anchor light-heartedly (the bottom is sandy and very deep). We can then spend the night in the wonderful fiord of Cala Domestica, perfectly protected from the north-westerly wind. You can also choose from a very wide range of possible excursions on land. 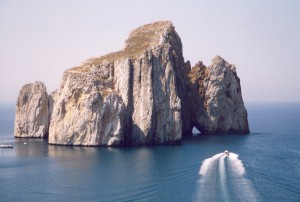